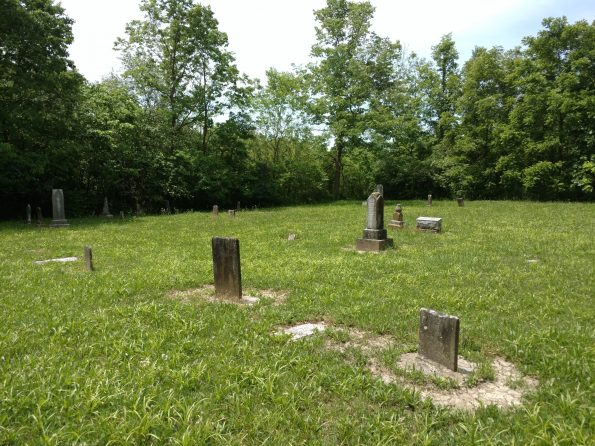 A road, a town, and a cemetery: Bioblitz at the McVey Memorial Forest 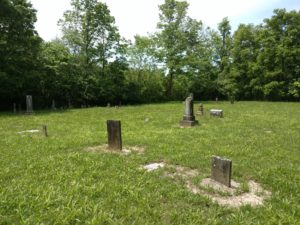 Volunteers from Ball State University joined us for an above ground survey for archaeological and historical resources in the McVey Memorial Forest near Muncie, Indiana.

We were participating in an event called a BioBlitz – which is a 24 hour long event where scientists attempt to document all the species in a particular area. We focused our search for signs of past human activity, but other scientists were looking for species birds, mammals, insects, plants, and fungi. Everyone is working on putting results together and we’ll try to link to information when it becomes available. We may have more to say about the cultural resources we saw with some research, but here’s the highlights.

We encountered known cultural resources including a pioneer cemetery, but also found the historical route of County Road West 750  North as it once followed the Mississinewa River. This original route also crossed Bush Creek, where we found remains of a collapsed bridge. 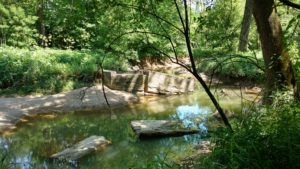 Historic records show an old pioneer town, known as Steubenville, in the area now within the McVey Forest. 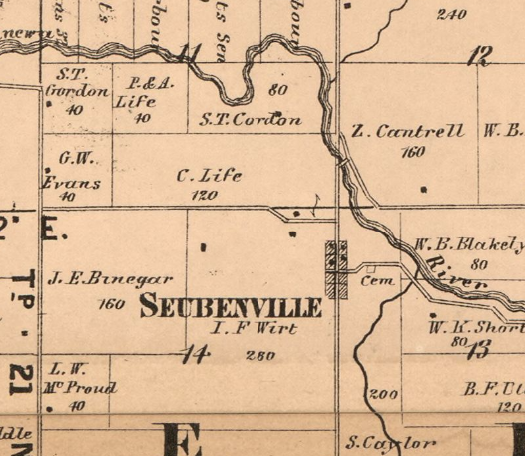 Our survey did not observe any remnants of historic structures in this area, but this location contains recently planted trees which might obscure historic foundations and/or artifacts. Local historians have known about the Steubenville Townsite for some time, but it seems that most of the information about the town comes from historic documents, and it’s likely that archaeological investigation of the townsite could yield new information about Steubenville.

Finally, the team identified areas in the forest that have not been previously surveyed but may contain additional unidentified prehistoric sites.